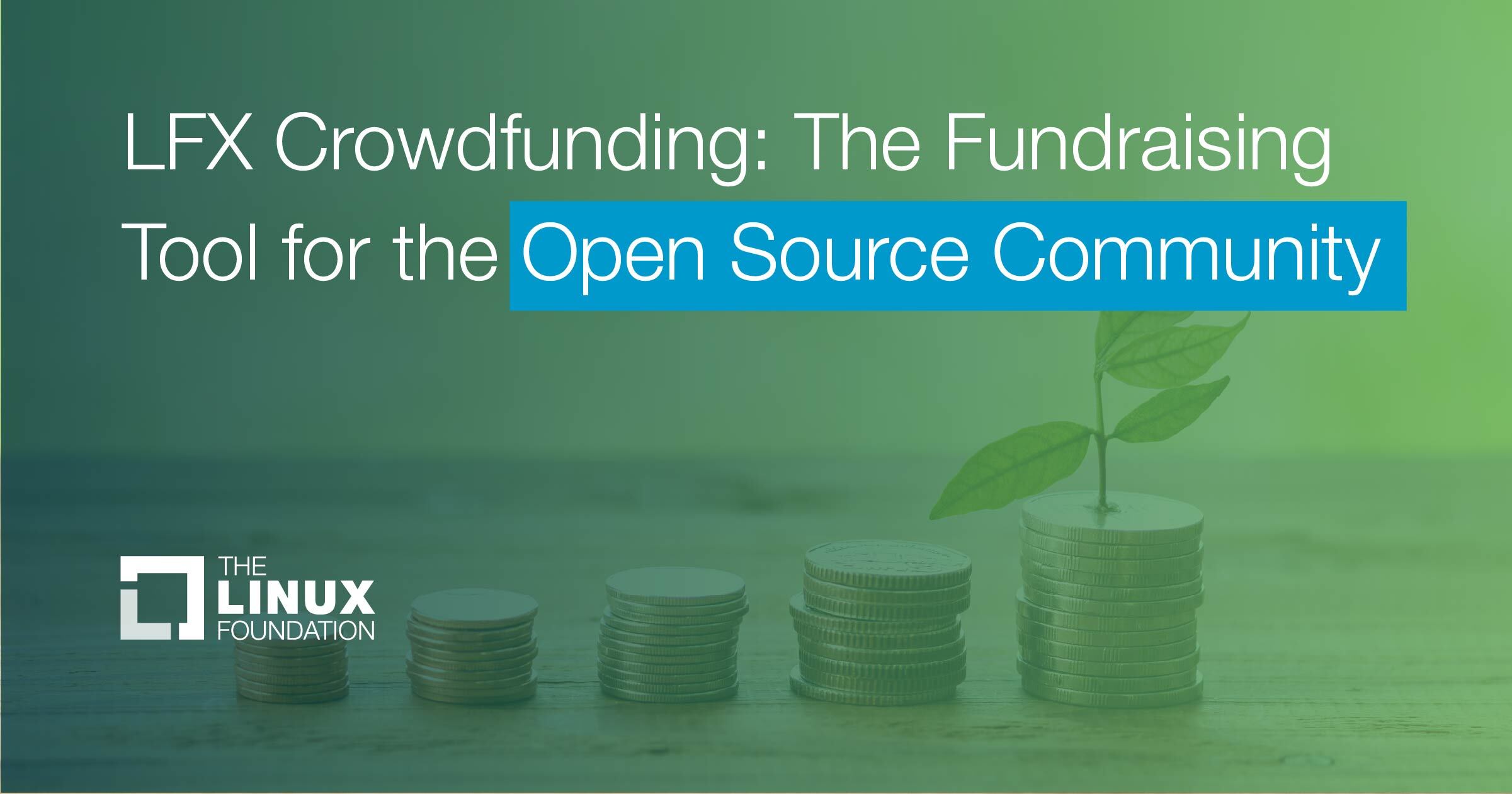 It isn’t always hard to spot open source initiatives with great potential. When several end users have deployed a new solution or feature set and organizations have used it to fill a gaping business need or functionality gap, mass marketplace validation may not be far behind. But what determines whether an emerging innovation becomes the next Kubernetes or quietly remains in the shadows never to draw large-scale awareness? Oftentimes, the main factor is funding.

We created LFX Crowdfunding to increase the odds of making the projects that could have a profound impact on the open source and larger business communities financially viable. It differs from other public fundraising tools in that it was built by an open source organization, for the open source community, and in a manner consistent with open source values. Our twist on public underwriting provides several unique advantages that won’t be found in competing crowdfunding tools or alternative funding models.

Crowdfunding was designed to help developers, project maintainers, end users, individual investors, companies, and other stakeholders raise and manage the money needed to expand the reach of fast-growing, potentially game-changing innovations. With a focus on project quality rather than quantity, Crowdfunding is intended for those select initiatives that are gaining steam in the community, adding thousands of new users each year, and on the cusp of widespread adoption. The tool helps purveyors of these increasingly popular experimental features and functionality attract all of the resources, tangible and intangible, needed to achieve massive scale.

LFX Crowdfunding is an alternative to the gig economy model, on which the tech industry is increasingly relying. It ensures neutrality in a way that isn’t possible when a developer signs a statement of work with an individual company for a single project. The gig economy’s pay-to-play dynamic potentially locks freelancing open source specialists into the payor’s vision for a feature, functionality, or business process, which could limit their flexibility to incorporate the community’s input should its desires conflict with the funder’s. Crowdfunding enables innovators to remain neutral in their development efforts—money comes into a central “portal,” and project contributors can apply it to what’s best for the new technology project, meetup or event, security audit, or travel initiative as a whole.

It’s important that individuals and companies know that project participants are spending their money efficiently and responsibly at all times. That’s why LFX Crowdfunding grants funders access to all spending records associated with the open source programs they back. Technical and financial contributors can log into the Crowdfunding portal anytime to view every stipend, travel expense, laptop purchase, or any other expenditure associated with a project. And unlike competing public fundraising offerings that come with no oversight on project maintainers, every expense request is fully vetted by LFX to ensure adherence to strict spending policies which require that all outlays are reasonable and vital to the project.

Governance measures and compliance enforcement don’t end there. Project maintainers, participating finance contributors, and administrators can utilize timesheets in the Crowdfunding app for work-time accounting purposes, thereby giving benefactors the peace of mind that labor is productive and allocated appropriately. Dashboards provide those same stakeholders leading or executing a given initiative visibility into the progress made in reaching stated objectives and overall project performance at any given time.

With many backers betting large sums of money on Crowdfunding projects, the Linux Foundation also sets and actively enforces high technical standards generally expected of any corporate entity. To that end, the Linux Foundation actively verifies and displays proof that vulnerabilities have been detected and bugs are continually being fixed. The neutral nonprofit also confirms and displays a list of all enterprises using an asset at the heart of a given project in the Crowdfunding app so that contributors have a sense of which and how many organizations will benefit from the initiative.

It Frees You Up to Code

Critical open source projects like the Linux Kernel and Kubernetes have inherent legal and tax implications that add a layer of accounting and compliance work. These responsibilities take open source professionals away from the core tasks at hand. Thus, in addition to providing spending oversight and governance, we process all of the required tax documentation at the end of each fiscal year, including those for personnel and donations. With LFX Crowdfunding, software programmers can focus on what they do best—coding, testing, and fixing bugs—rather than burning precious time on administrative duties.

Since many open source projects are grassroots by nature, project leaders cannot afford to have social funding platform costs eat too much into their budgets. While others charge anywhere from 5 to 13 percent for general use of their crowdfunding applications, credit card processing, and tax form preparation, project founders don’t pay a penny for the first $10 million raised via LFX Crowdfunding—those proceeds go directly toward creating value, which is particularly critical to our members who typically aren’t working with massive budgets and must make efficient use of resources.

The Linux Foundation is exploring ways to work with corporate sponsors to make the entire service free in the future, thereby increasing the odds that new developments that could be of value to them and others in the business world survive and thrive.

Individuals or companies anywhere in the world can make one-time or recurring contributions via credit card or invoiced payment.

LFX Crowdfunding helps those looking to initiate new open source projects find everything they need in one place—they can now get financing, in addition to technology, legal, training, and project management support. Software coders looking to fill a technology gap, find a market for a crucial back-end process, or piece together solutions using existing open-source tools can use Crowdfunding to get their projects off the ground and draw those initial large-scale investors that lay the foundation for a “stickier” membership model.

The Linux Foundation has put more than $800,000 of its own money toward many of the promising initiatives being financed by Crowdfunding and will continue to do so in the future. After all, sometimes it takes a crowd to bankroll the next Linux Kernel. 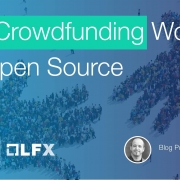 Why Crowdfunding Works for Open Source
Scroll to top